After hearing the latest story from a business owner who was in the midst of a court battle over a “one page” partnership agreement that “surprise” was appearing to be worthless in a civil case in San Jose Superior Court . The plaintiff was suing for many thousands and the defendant was not doing very well at every court appearance. After running out of money to retain his lawyer he “optimistically” decided to go in pro-per. After all he said I am a smart person thus”how hard can this be”… “The judge will listen to me and I will be in great shape”…

Where do I Attorney Green owner and founder of the HWG LAW GROUP begin. Step 1:

1: Draft a solid and thorough Partnership Agreement. This step one exercise can prove invaluable and avoids life altering financial ramifications down the road. Partnership agreements are essentially written contracts formed at the very early stages when the incorporation paperwork is drafted.

During this period everyone is getting along. Money is available and handshakes are plentiful and optimism is around every corner. During this period when no one is suspicious of anyone the opportunity presents itself to have the all important partnership agreement.

Every smart business has one . From multi-national corporations to the two person operation know that a legally solid partnership agreement makes good business sense and every person in the room knows in case the “marriage” breaks or the partnership is sold or modified that original partnership agreement drafted for example by the HWG LAW GROUP can be a lifesaver. The agreement does not take very long and is a very reasonably priced investment. Many insurance companies insist on having one on file and is EXHIBIT 1 attached to every summons and complaint or answer. Jurors want to see it and bench trials demand it.

Partnership agreements can be molded to whatever business a person (s) are involved with. While page length is of no particular number the document should be easy to read, inserted with the appropriate case and statutory law and should only be modified or added to in the physical presence of all affected parties.

In the news there is a story with Caulfield and Perkins discrimination dispute with a former partner/employee. While there indeed was an arbitration clause in place the court found a huge loop hole with how broad that clause went. The silicon valley company was concerned that client secrets and agreements entangled within would come out if the suit were to go in front of a jury. The Court agreed, but it did not cover discrimination in the work place. While labor laws or its own set of binders arbitration and mediation clauses are accepted as a welcomed part of disputes and complaints. The Perkins group could have easily expanded the arbitration and mediation clause to include employee claims. This insertion could have been first introduced in the partnership agreement (which The Caulfied party was in some form) and then argued force fully in court.

HWG LAW GROUP has in place its contractual agreement and can not ever get over how at ease I Mr. Green become when the document shuts down any sign of trouble regardless of inquiry.

Often times I hear that the business is to small to have one or between family members it is simply not necessary. In the experience of over twelve years these two groups often have the most litigation than larger businesses with multiple parties. Partnership agreements can only help and certainly cannot hurt. If a party talks the other out of having one or saying “one page is plenty” rethink the partnership. Step back and then insist on having a law firm make the work happen.

For further discussion on forming a partnership agreement or re-shaping one already in place contact the HWG LAW GROUP at any one of the three convenient offices today. Peace of mind can be a welcoming mindset in the business age and climate of the Silicon Valley community. 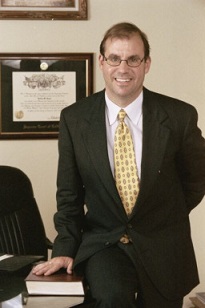